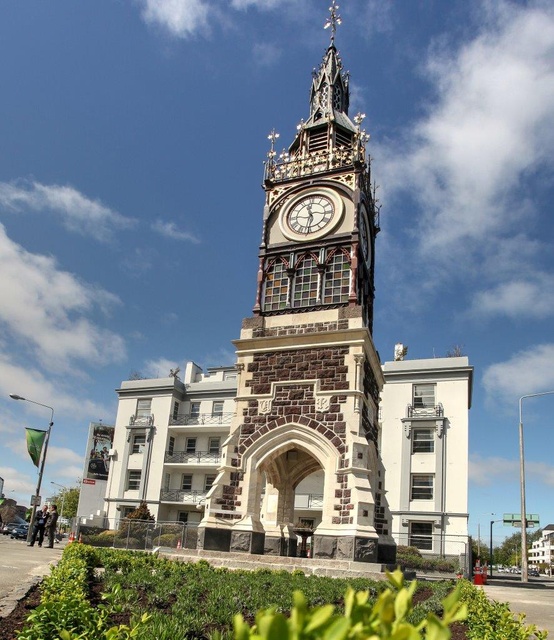 The upper part of the structure was designed by Benjamin Woolfield Mountfort and constructed in 1859 in England. Originally intended to have been incorporated into the Canterbury Provincial Council buildings complex, it was too heavy for its intended site.

In 1897 the structure was incorporated into a memorial clock tower for the 60th Jubilee of Queen Victoria's Reign, with a stone base at the intersection of High, Lichfield and Manchester Streets. The tower was relocated due to traffic volumes, and erected on its present site in Victoria Street in 1930.