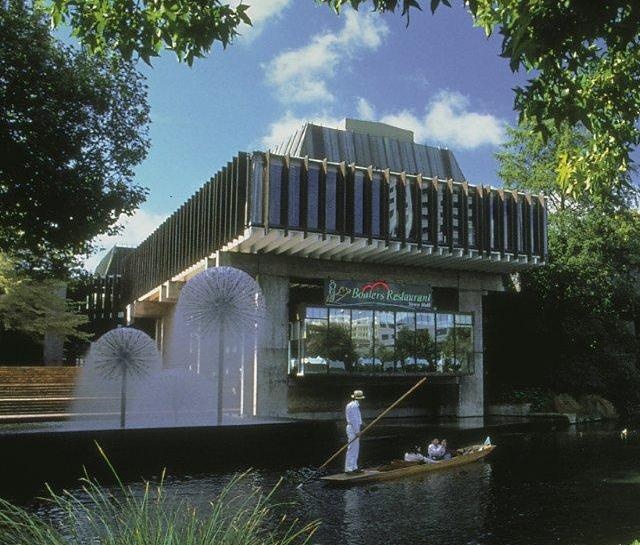 This modernist building was designed in 1965 by one of New Zealand’s leading architectural firms Warren and Mahoney – the result of the largest and most significant design competition seen in NZ until the 1990s. Officially opened in 1972, this building served as the city’s town hall until the earthquake in 2011.

It was the first purpose-built town hall constructed in NZ for 50 years. The acoustic engineering of the auditorium influenced auditoria design internationally.