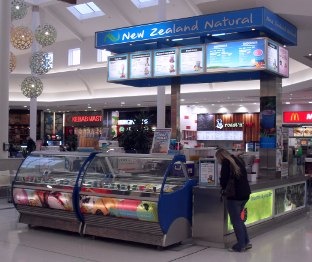 New Zealand Natural began as a small ice creamery in Christchurch in New Zealand's South Island in 1984 that specialized in ice cream with no artificial colours or flavours. Rael Polivnick, a South African entrepreneur and Australian resident, met the owner on a plane shortly after it opened, and this chance meeting led to him opening a store at Bondi Beach in 1985. Polivnick settled on a franchising model as the best way of growing the business, and the first franchised store was opened in 1990.