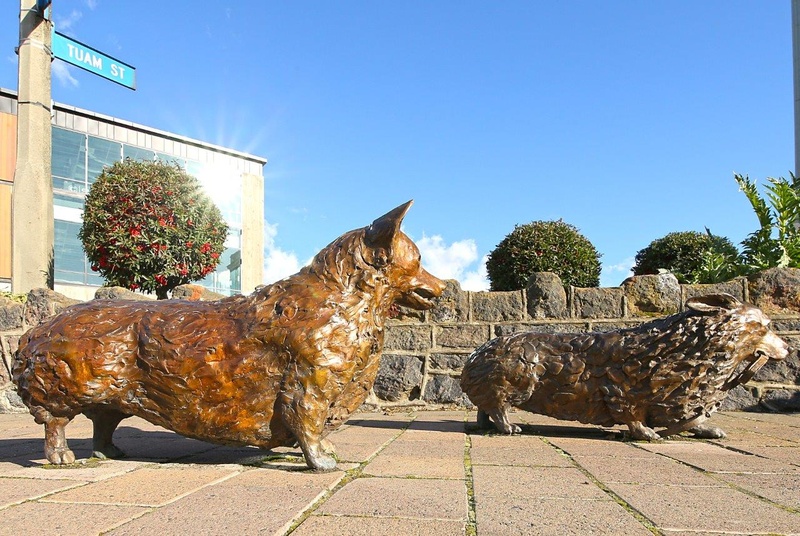 One was stolen shortly after the February 2011 earthquake and the other two were removed and kept safe until until they were re-installed in their High Street home in June 2014. The artist said "I'm pleased they've gone back where they were. These guys are just going... back to business".

Woods From The Trees Sculpture