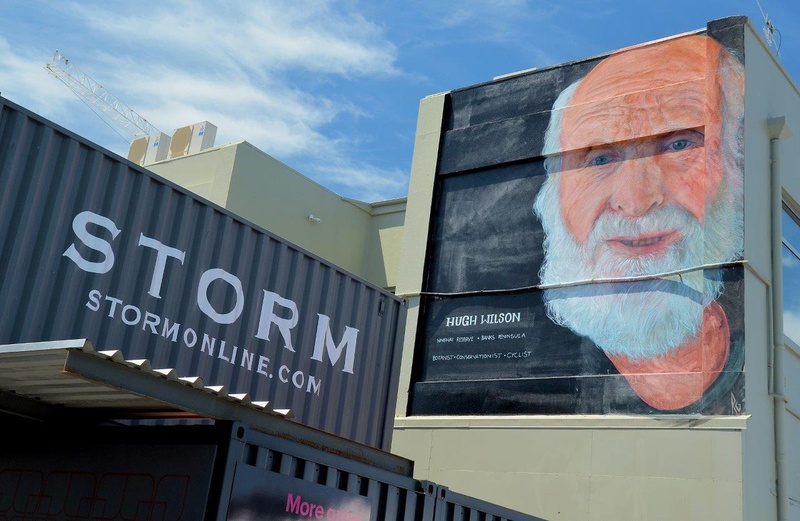 A Canterbury Conservationist has been honoured with a large street art mural in central Christchurch.

Conservationist Hugh Wilson, who has managed the Hinewai Reserve on the Banks Peninsula since 1987, has been immortalised on a large wall in the Re:Start mall.

He was chosen as a portrait subject by Cuban-American street artist Jorge Rodriguez-Gerada, who specialises in large street paintings of people.