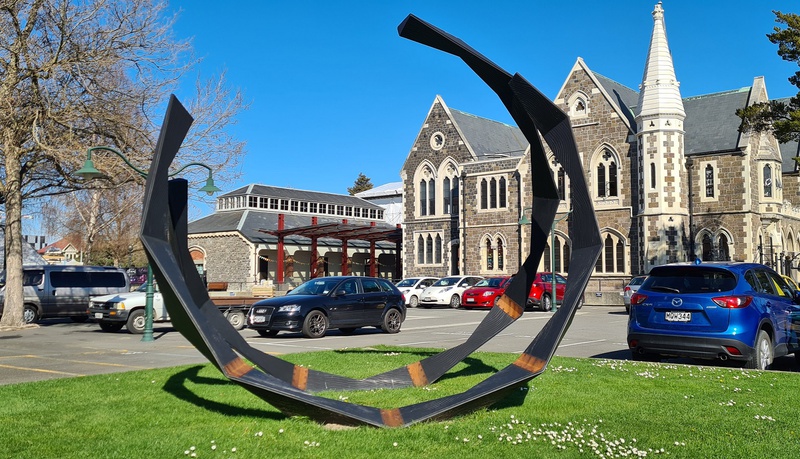 Time folds in on itself as we take our past with us into who we become. Ka mua Ka muri is a phonetic rendering of “Ka mua ka muri”, the well known Māori whakatauki that talks of walking backwards into the future.

Kazu Nakagawa began with the idea of architecture 100 years ago and what building might look like 100 years in the future. Conversations with Pacific Environments led Nakagawa to the idea of origami, creating faceted shapes that echo the natural modular forms repeated in trees, shells and even molecules. Two large open rings lean in, each depending on the other to stay upright.

The work reflects a wider community which is standing with the people of Christchurch. The idea of holding each other up is reflected in the generosity of the gift — Ka mua Ka muri is an offering to the people of the city. Fundraising is underway to put Ka mua Ka muri on permanent display.