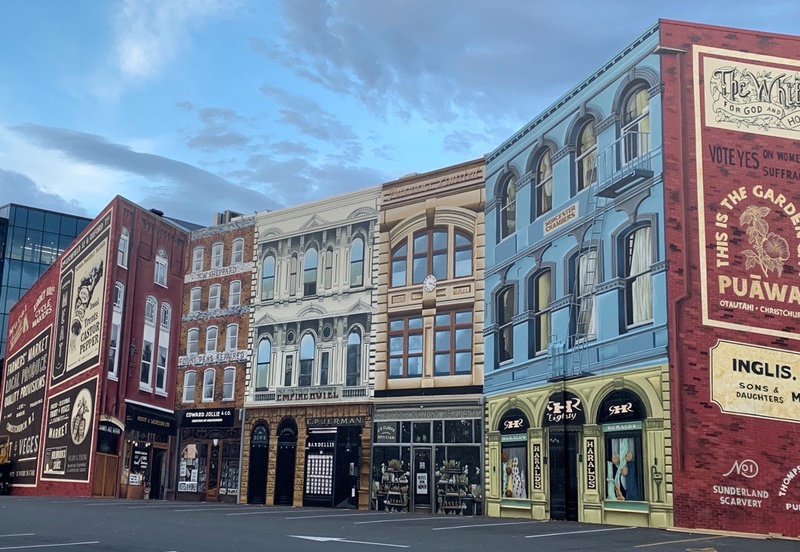 This mural provides a new perspective on street art and demonstrates the rich heritage of a time past, remembering the defining moments that make up our story. It celebrates the spirit of exploration and creativity, with a new perspective on the two-dimensional; it is a smorgasbord of history, grounded in the here and now, with an upward view to the future.

Before: The concept and design for the wall was created by Josh Thompson of Madeknown, with the wall being painted and produced by Oi YOU! and local artists DTR Crew (Dcypher, Wongi Wilson, Ikarus & Jacob Yikes).

After: A public-private-partnership between Riverside Market, Oi YOU!, Madeknown and ChristchurchNZ.

A range of references throughout the wall, from left to right.

Just off Durham St in the South Frame, Central City