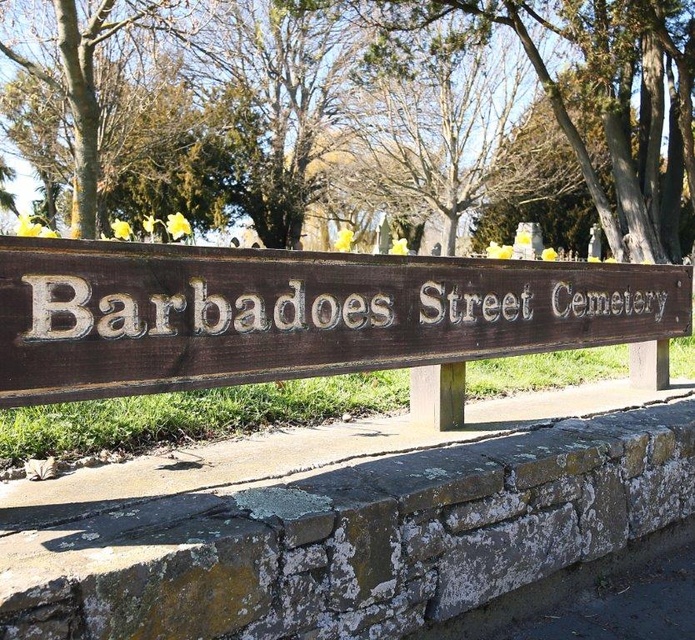 The Barbadoes Street Cemetery is Christchurch's oldest cemetery (opened in 1851 and closed in 1885).  A large number of the City's earliest pioneers are interred there, in sectors divided by denomination. The headstone designs and inscriptions are fascinating.

The cemetery is a cultural heritage landscape made up of three original, denominationally distinct cemeteries. The two lanes of one–way Barbadoes St separate the former Roman Catholic and Dissenters Cemeteries on the west from the Church of England Cemetery on the east. Despite this significant physical separation there is a strong visual connection between the east and west cemetery landscapes, reinforced by their shared landscape character.