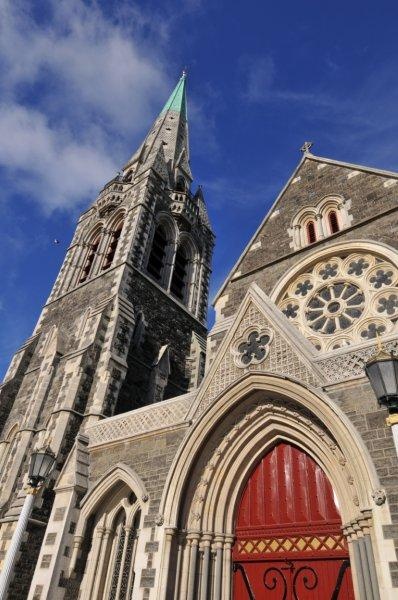 This Gothic Revival Anglican Cathedral was part of plans for the new settlement of Christchurch by the Canterbury Association, based in England, in 1850. It was designed by the prominent English architect Sir George Gilbert Scott (1811-1878). Construction began in the 1860s and although the nave was consecrated in 1881, the transepts and chancel were not completed until 1904.

The building was severly damaged in the Christchurch earthquakes and has been deconsecrated to allow its partial deconstruction to make the building safe while long term options are considered.