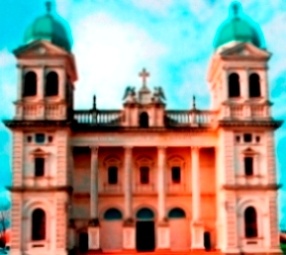 The City’s basilica-style Roman Catholic Cathedral (1905) designed by F.W. Petre was one of NZ’s finest neo-Renaissance churches. The building earned lavish praise from George Bernard Shaw when he visited Christchurch in 1934. The building incurred severe damage in the earthquakes. The large copper dome was removed to lessen the weight on the remaining walls, and features such as the stained glass windows have been removed for storage. Earthquake damaged.

Cathedral of the Blessed Sacrament