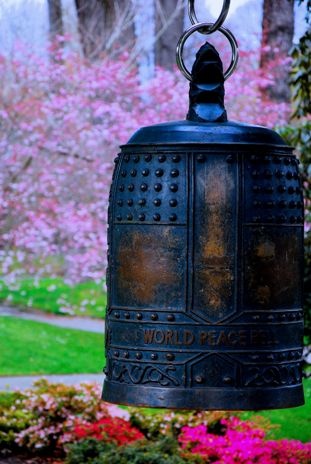 Peace City Site: In July 2002 Christchurch was declared a Peace City. The World Peace Bell Association in Tokyo gifted NZ’s only peace bell to Christchurch in 2005. The first peace bell was installed at the United Nations in 1954. Each bell is made from coins and medals donated by 103 countries, which have been mixed with copper, is a symbol of peace and gives an impression that the world is one. The Bell and its stunning pavilion were unveiled on October 3, 2006.

Enter via Rolleston Ave (either near Worcester Blvd or Armagh St), Central City