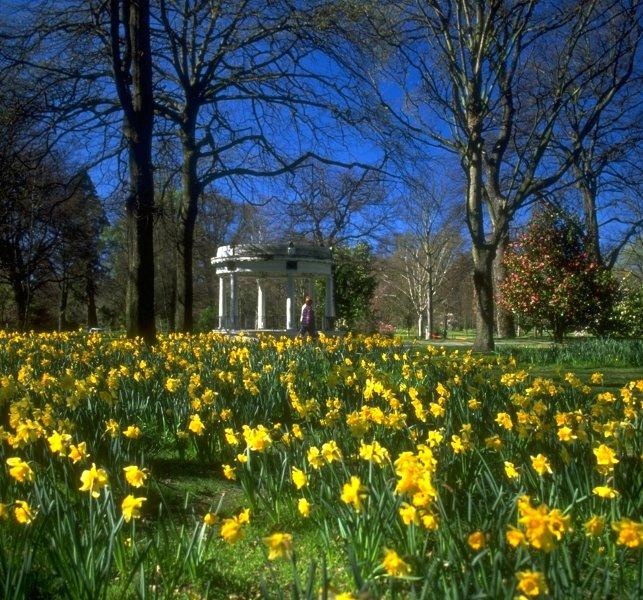 Designed by nationally successful Edwardian architects the Luttrell Brothers, the Rotunda was completed and opened September 19, 1926. The Classical rotunda was the first memorial in New Zealand to be erected to the memory of bandsmen who died in the Great War, World War 1 1914-18. Designed as a circle of columns with a flat roof and lion head corbels, it is surrounded by Turkish oak trees, which was thought fitting for those who died at Gallipoli.

Due to earthquake damage the Rotunda is currently closed.