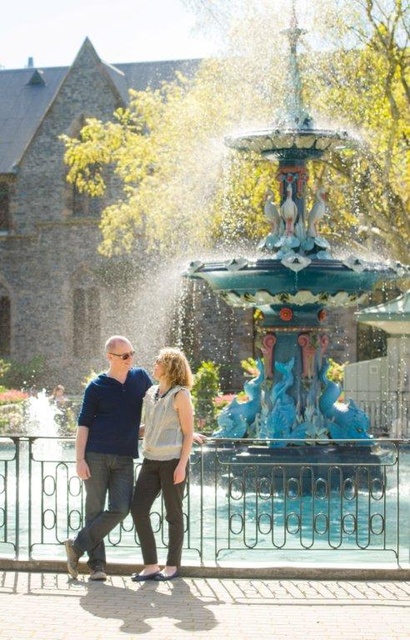 A fine and rare example of Edwardian ornamental cast ironwork, the Peacock Fountain is set in a large circular pool in the Christchurch Botanic Gardens.  It was made in Shropshire, and imported fromEngland, funded by a bequest from politician, trader and philanthropist, the Honourable John Peacock (1827-1905).

The fountain was originally unveiled in 1911, however due to ongoing maintenance issues it was removed in 1949, but restored and unveiled in it’s current location in 1996.