A Tribute to Firefighters’ 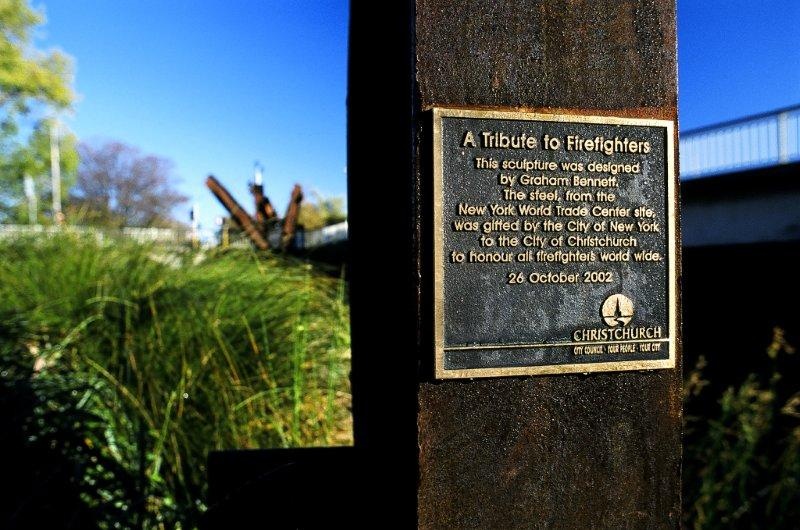 ‘A Tribute to Firefighters’ commemorates 343 New York fire fighters who lost lives following the terrorist attacks September 11, 2001. Some steel from the New York World Centre site was gifted by the city of New York to the city of Christchurch to honour and acknowledge fire fighters world-wide.

The artwork was created in 2002 by Christchurch artist Graham Bennett and located in the Firefighters Reserve and was unveiled on October 26, 2002.