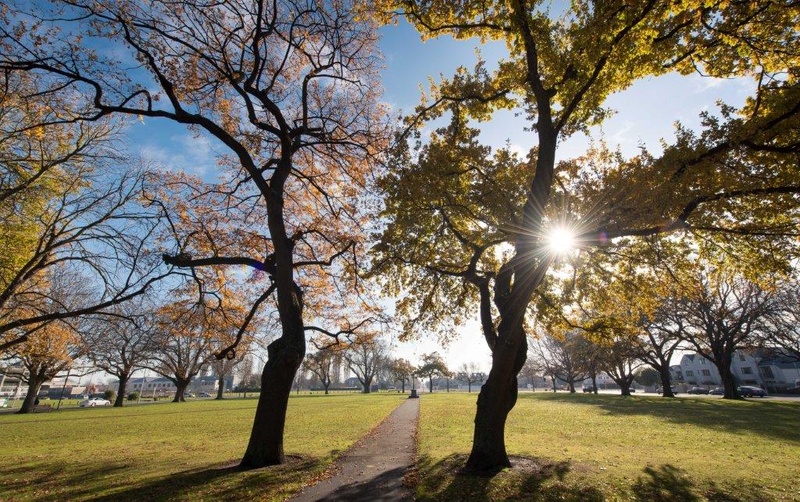 Named after one of the Marian Martyrs executed by Mary I for their protestant faith, Latimer Square served as one of the City's main recreational spaces, being used for sports events, horse racing, the Agricultural and Pastoral Show, volunteer parades, fairs and other entertainments until the 1880s. Later the square became a venue for promenading, picnics and public gatherings. During WWII, air raid trenches were dug there.

The Square is now also home to the Spires sculpture, by well-known Canterbury artist Neil Dawson.